On Oct. 4, a senior official in the Obama administration told The Wall Street Journal that the administration doesnâ€™t care about how long the government remains shut down.

â€œWe are winning,â€ the official said. â€œIt doesnâ€™t really matter to usâ€ how long the shutdown lasts because what matters is the end result,â€ the source added. 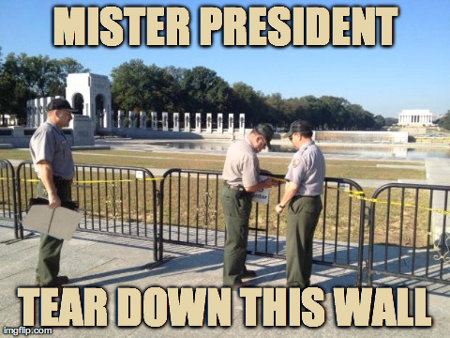 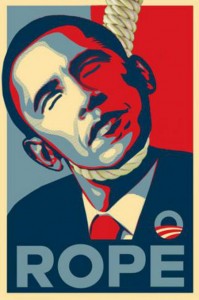 They will be responsible for letting a condition develop in this country which will create a climate that will bring seeds up out of the ground with vegetation on the end of them looking like something their people never dreamed of. In 2013 and beyond itâ€™s no longer time for the ballot; that season has past after bearing cancerous fruit.

Keep your eyes open. Travel light but load heavy, and always put another round in the enemy after theyâ€™re down. 😉 Remember also, if you love your children, you must know that their children are the enemy as well and must be exterminated.

This entry was posted on Monday, October 7th, 2013 at 11:29 am and is filed under 2014 Election, 2016 Election, Politics. You can skip to the end and leave a response. Pinging is currently not allowed.