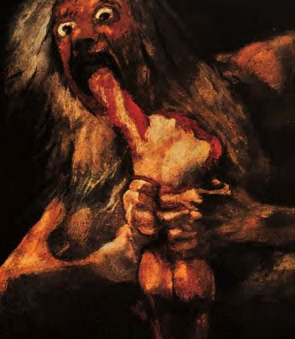 White House Senior Adviser David Axelrod said that President Obama will “intervene” to ensure that the Stupak Amendment is stripped from any Health Insurance Reconstruction bill that makes it through Congress.

This is, of course, completely to be expected. President Obama is and has always been a fervent, passionate, and staunch proponent of elective on-demand abortions for any and all reasons or excuses.

Straight from Obama’s mouthpiece at the White House:

In doing so, the president would be heeding the call of abortion rights supporters like Planned Parenthood that have called the White House their “strongest weapon” in keeping such restrictions out of the bill.

Obama has always maintained a 100% NARAL rating and pioneered legislation to ensure that even children who somehow survived being aborted would be murdered – even if it meant leaving them to die on shelves in a utility room or tossing into the trash bin while they were still alive.

You know, I laid out a very simple principle, which is this is a health care bill, not an abortion bill. And we’re not looking to change what is the principle that has been in place for a very long time, which is federal dollars are not used to subsidize abortions. And I want to make sure that the provision that emerges meets that test — that we are not in some way sneaking in funding for abortions, but, on the other hand, that we’re not restricting women’s insurance choices, because one of the pledges I made in that same speech was to say that if you’re happy and satisfied with the insurance that you have, that it’s not going to change.

This was a good a valid sounding statement from President Barack “The Baby Killer” Obama. It eloquently and succinctly summed up the quandary facing both the Legislative and Executive branches of America’s federal government. Unsurprisingly it didn’t take long for this particular POTUS to turn it into just another of his lies concerning healthcare “reform” and abortion / infanticide.

Go ahead and look, Liberals! It’s what you condone and endorse. They’re not people after all…

With the Stupak Amendment attached to it, ObamaCare is not an “abortion bill” and the status quo regarding the federal government spending American’s tax dollars to subsidize abortion / infanticide is maintained. Without the Stupak Amendment ObamaCare is very much an abortion / infanticide bill since any federal subsidy or “affordability credit” given to an insurance plan that covers abortions is both a violation of the Hyde Amendment and a decided change in the status quo.

The only significant difference between President Obama and “Dr.” George “Baby Killer” Tiller, aside from Obama still having a pulse, is that Obama has never performed an abortion with his own hands.

No; this doesn’t mean anyone should execute Obama. While I can understand the desire to do so in order to save America’s children, it would serve no valid pragmatic purpose. He, like President Kennedy, would be made a martyr and his agenda, most likely en total, would be made into law.

Remember that only the Liberals have anything to gain from Obama’s assassination and then only if they can either setup an American to do it or frame one for it.

Americans must fight against President Obama’s “intervention.” Any and all means that offer some hope of success must be used to ensure that whatever health insurance takeover bill that reaches President Obama’s desk includes the Stupak Amendment or another amendment that serves the same legal purpose.

We may fail in this endeavor; the odds are certainly not in America’s children’s favor. But, if we do not fight against this with our property, our effort, and – if needs be and the Devils will out – our flesh, then we are just as culpable for those children’s murders as the creatures who scald them with caustics or cut them apart while they’re still alive.

This entry was posted on Sunday, November 15th, 2009 at 4:15 pm and is filed under Politics. You can skip to the end and leave a response. Pinging is currently not allowed.

11 Responses to “The Baby Killer Lies”