That Law’s Not For Me! 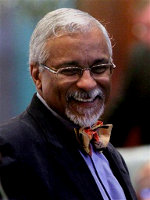 As living proof of the inefficiency of evolution I present the jabbering thug-in-suit, Illinois State Sen. Donne Trotter (D-17) who has shilled for the drug addicts, crack-whores, welfare breeder queens, and other sundry eaters and takers of Chicago’s South Side for many years.

Primarily, he has ran on the twin campaign platform planks of providing easy access to hard drug paraphernalia and gun control. Given that his constituency is largely made up of drug addicts who cannot legally purchase firearms in the first place, this has been largely successful for him.

His political career might be over now though. He has been arrested on the felony charge of attempting bring a firearm onto an airplane in his carry-on bag at Chicago’s O’Hare Airport. That’s an almost amazing level of counter-evolutionary stupidity and rank hypocrisy.

Of course, “That law’s not for me or my kind” is a common thought process among Democrats and Blacks so this should have been expected.

This is strong evidence that evolution is a poor way to run a species. This creature is not only still alive but has four acknowledged progeny. It could almost make one rethink one’s positions on Planned Parenthood and Eugenics since both of these related things would have classed Trotter as a preventable error.

Now, as all Americans know, Trotter was going to try to shuck and jive his way out of the natural consequences of his crime. His excuse, though, was particularly stupid and further evidence that evolution should not be left to its own devices.

Trotter claimed that he forgot that the Beretta .25 ACP semiautomatic pistol was in bag, which he claimed to have packed after finishing a night shift as a security guard for Allpoints Security and Detective Inc..

NOTE: Despite Trotter being rampantly anti-gun he went out and got the hard-to-obtain licenses and permits to own and carry a firearm in Chicago. 😯

The are twinned points of stupidity shown by Trotter’s excuse:

Given Donne Trotter’s race, legislative history, and combination of hypocrisy and stupidity, this vermin should be impeached even if he isn’t sent to prison where he so obviously belongs. Sadly though, he’s running for the 2nd Congressional District seat vacated recently by Rep. Jesse Jackson Jr. and the same facts that make him more suited for institutionalized living make him a near seamless transition from that criminal / activist / politician.

The felony charges and punishments shouldn’t cause a problem either. I’m sure that, if Trotter is elected to Senate, the Congressional Black Caucus will jabber, rant, and scream that it’s racist to not let him serve from a prison cell since preventing it so very obviously disproportionately affects Blacks. 😉

This entry was posted on Sunday, December 9th, 2012 at 10:08 am and is filed under Politics. You can skip to the end and leave a response. Pinging is currently not allowed.