Now that the 2012 elections are over and Obama has secured his second term in the White and access to the tax-dollars needed to fund his wife’s lifestyle for another four years, the Campaigner-in-Chief has a lot of free time on his hands.

As the boy can’t spend all his time either on vacation or on the golf course – though Americans would feel safer and more secure if he did so – he’s turned his hand, or the hand of some ghostwriter, to his new book. 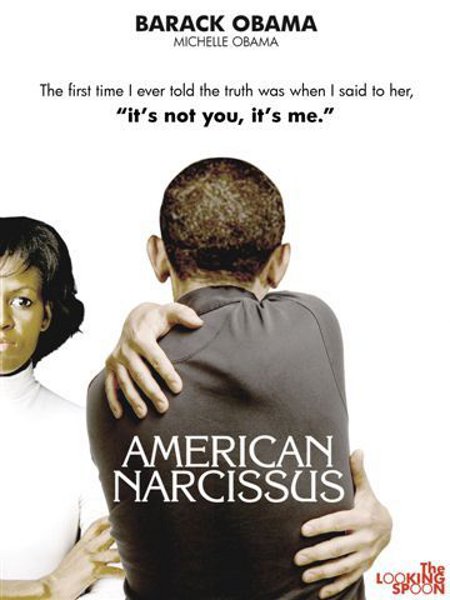 American Narcissus – It’s Not You, It’s Me

As always, the topic of American Narcissus will be Barack Obama, though sample chapters seem to indicate this work will be a more in-depth and honest picture of the boy’s life, character, and soul. This was to be expected and encouraged. Writers should strive to write about that they know and what Obama knows is Obama.

What’s different this time is that the boy is forgoing Simon and Schuster, the publishers of his previous two memoirs, in favor of vanity publication via the Government Printing Office. 😆

This entry was posted on Saturday, December 8th, 2012 at 5:47 am and is filed under Books & Reading, Humor, Politics. You can leave a response, or trackback from your own site.