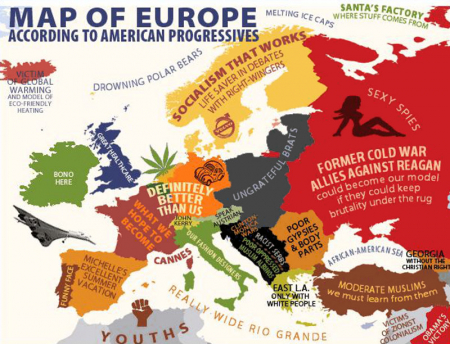 If those “experts” in race-based sociology are correct in promulgating the idea that maps are actually just a social construction, then the map of Europe above must be an accurate cartographic projection of how Liberals have mapped Europe in their minds. 😉

This entry was posted on Sunday, November 15th, 2015 at 8:01 am and is filed under Humor, Philosophy, Politics, Society. You can skip to the end and leave a response. Pinging is currently not allowed. 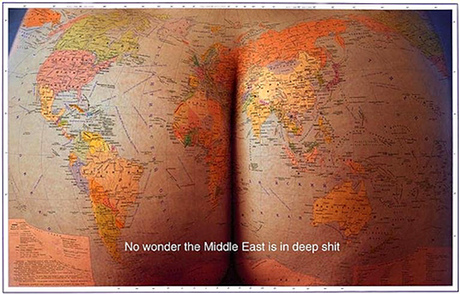 I believe this should be called the Colorectal-Sinusoidal Projection. I also believe that cartographers have finally managed to illustrate the reason for so many of the world’s ills. 😉

This entry was posted on Tuesday, March 2nd, 2010 at 7:18 am and is filed under Humor, Politics. You can skip to the end and leave a response. Pinging is currently not allowed.