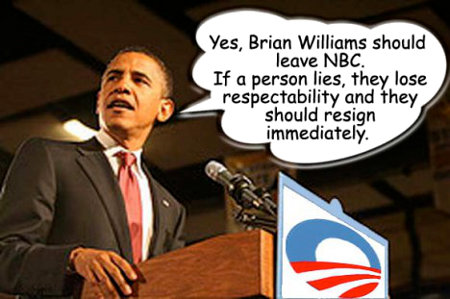 Just kidding! Obama would never say such a thing about Brian Williams. Oh, not because the boy has any problems with the hypocrisy required to complain the lies of anyone else. It’s that Obama wouldn’t turn on one of his biggest supporters and sycophants.

This entry was posted on Friday, February 13th, 2015 at 7:09 am and is filed under Humor, Politics, Society. You can skip to the end and leave a response. Pinging is currently not allowed.