The Urban Thug (Homo Urbanensis Thugii) is a largely unstudied creature. Though having a large and growing population base and an expanding habitat, the dangers involved in studying them combined with the utter lack of empathy they inspire in researchers have kept study of them to a minimum.

Below is one of the few anatomical sketches of a representative member of the species: 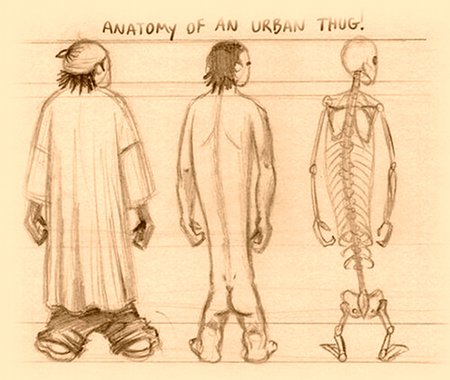 This entry was posted on Monday, March 8th, 2010 at 7:17 am and is filed under Humor, Society. You can skip to the end and leave a response. Pinging is currently not allowed.