No American with a shred of reason has any doubts that Obama learned politics in Chicago. So much of his political history and methodology are testament to that unsavory school of applied political science. 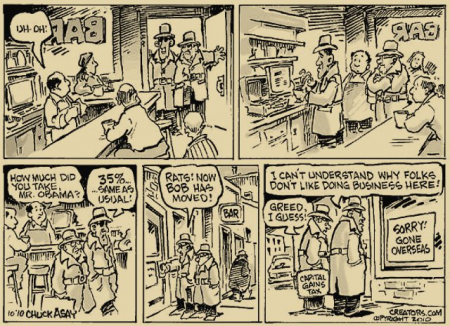 Back in July, 2009, Obama spoke in Cape Coast, Ghana about the problems facing businesses there:

No business wants to invest in a place where the government skims 20 percent off the top.

This entry was posted on Tuesday, April 26th, 2011 at 11:39 am and is filed under Humor, Politics. You can skip to the end and leave a response. Pinging is currently not allowed.