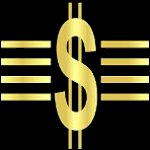 There’s more than a little rancor over the fact that many large corporations don’t pay what is seen as their “fair share” in taxes to the government.

This fallacy is being promulgated by America’s domestic enemies, the Liberals, their minority tenants, and their pet “lamestream” media.

This tactic of fostering class warfare works well upon the weak-minded eaters.

Of course these looters won’t tell the eaters or anyone else that America taxes its corporations at a punitively high rate in an effort to fund the various Liberal-sponsored, demanded, and installed entitlement programs that have gone a long way towards beggaring our nation.

The United States’ top combined federal and state tax burden on corporations was the 2nd highest in the world in 2010 and 33.7% above the average (26.20%) for developed nations according to the Organization for Economic Cooperation and Development (OECD).

Money is much like water; it will flow best with less restrictions. As things stand now it is flowing from America to foreign nations’ coffers largely, though not entirely, because corporations will not willingly invest in profit garnering enterprises in America under the current tax burden.

In this global economy what happens is that the larger corporations, mostly being trans-national, move their profit centers to other, less repressive nations and leave their cost centers such as research and development in America. This means that the bulk of the jobs, especially the middle-class jobs, end up in other countries.

If people want employment in America to improve then we need to encourage corporations to develop operations in America instead of taxing corporations away to foreign lands.  If people want to destroy America’s economy then we can just continue on with the looters’ and eaters’ “Eat The Rich” pogrom.

This entry was posted on Tuesday, April 12th, 2011 at 9:19 am and is filed under Politics. You can skip to the end and leave a response. Pinging is currently not allowed.

6 Responses to “Taxing Corporations Away”