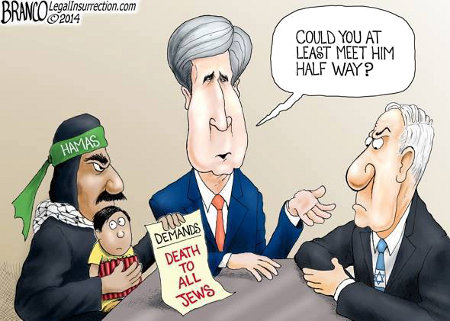 I say again, keep it firmly in mind that, as we come into the 2014 midterm elections, every single vote for a Democrat â€“ at any level of government â€“ is a vote for: Muslim Terrorism, the Caliphate, Islamism both here and abroad, antisemitism, and the next Shoâ€™ah. Those who cast their votes in this manner should be treated by we, the People as exactly what they are and with extreme prejudice.

Also keep firmly in mind the fact that every vote not cast against a Democrat is also a vote for: Muslim Terrorism, the Caliphate, Islamism both here and abroad, antisemitism, and the next Shoâ€™ah. In this instance, your vote is your voice and, if good men and women stay silent, evil will be victorious once again and the souls of the silently complicit will fair little better than those who actively supported evil.

This entry was posted on Monday, August 4th, 2014 at 8:02 am and is filed under 2014 Election, Politics. You can skip to the end and leave a response. Pinging is currently not allowed.

One Response to “Israel Must Compromise”