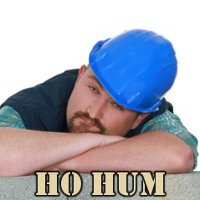 My fellow Americans, in case you didn’t notice it, and you probably didn’t aside from word of it filling up your social media feeds, we recently had #ADayWithoutWomen. This protest reasonably closely followed the equally unremarkable and largely unremarked #ADayWithoutImmigrants. In both cases the response by America at large was a non-response. We, as a nation, weren’t really bothered and neither noticed nor cared.

Not that this should in any way be surprising. In all likelihood they got the idea from the Blacks, who periodically try to have A Day Without Black People – #hashtagged various things like #BoycottBlackFriday, #BlackFridayBlackout, and #NotOneDime – where they try and fail to make an impact by not buying anything from Whites on Black Friday.

Frankly, these attempts reach a pinnacle – or maybe nadir, depending on your outlook – irony that is rarely achieved. In trying to show their worth and power, all they’ve managed to do is show their irrelevance to the nation as a whole.

This entry was posted on Saturday, March 11th, 2017 at 10:32 am and is filed under Politics, Society. You can skip to the end and leave a response. Pinging is currently not allowed.