Antisemitism doesn’t really change. It’s still the same shit, just rebranded with different faces and slightly different rhetoric and excuses. The hate and the end game of those practicing it don’t change. 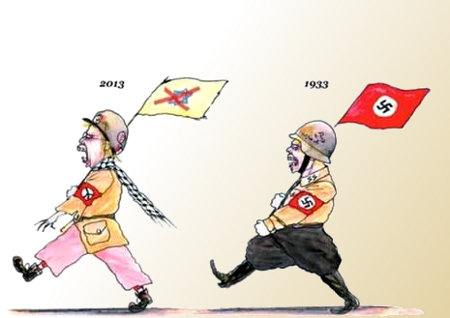 Maybe this time, if Americans can do what needs to be done to completion, we can avoid the issue of our grandchildren having to fight this atrocity yet another time.

This entry was posted on Sunday, February 10th, 2013 at 1:36 pm and is filed under Politics, Society. You can skip to the end and leave a response. Pinging is currently not allowed.