Like a lot of people – *cough* *cough* Tyler – I both like Christmas carols and have a certain propensity for remixing them. And this is one may just be the best carol of rock I’ve found. Enjoy! 😀

This entry was posted on Monday, December 20th, 2021 at 5:26 am and is filed under Society. You can skip to the end and leave a response. Pinging is currently not allowed.

Turning Up The Heat

Yep. It’s still cold as Hel’s realm out there, so sweaters are still the uniform of the day. Fortunately, that’s not really a bad thing at all. 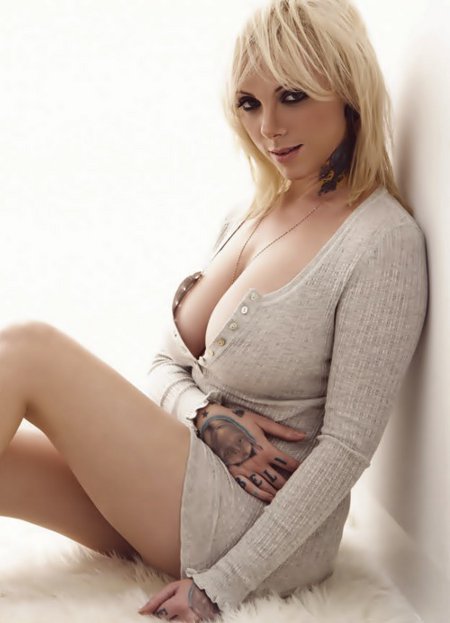 Maria Brink’s Turning Up The Heat

New York based rocker babe, Maria Brink of In This Moment, is certainly displaying one of the better ways to turn up the heat with a sweater. 😉

Of course, this fine, blonde heavy metal singer also warms things up quite well and nicely in a shawl. 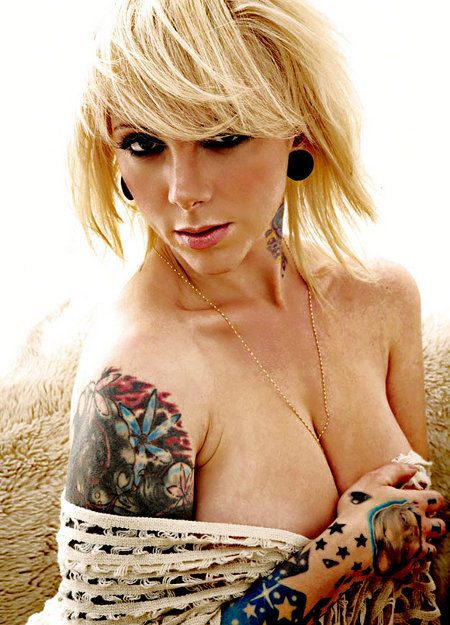 Stay warm, everyone! Remember that Winter is to be lived, not just endured and it’s the best time of year for indoor recreation. 😉

This entry was posted on Sunday, January 26th, 2014 at 8:56 am and is filed under Music, Society. You can skip to the end and leave a response. Pinging is currently not allowed.

If anyone has any doubts that rock, including heavy metal, has its roots in bles, jazz, country, and other distinctly American forms of “classical” music, this will, or should, end those doubts.

This is from Iron Horse’s Fade to Bluegrass: Tribute to Metallica

album. Like most of their albums that I’ve found it’s a compilation of old-school metal hits that have been converted to full-on bluegrass.

Every track I’ve heard has been awesome. I highly recommend this album and Iron Horse in general.

Honestly, when I first saw this clip I was expecting it to seriously hurt my brain but, as it turns out, the way that it did hurt my brain was in the fact that converting Metallica to bluegrass didn’t do so.

This entry was posted on Wednesday, September 25th, 2013 at 11:52 am and is filed under Music. You can skip to the end and leave a response. Pinging is currently not allowed.