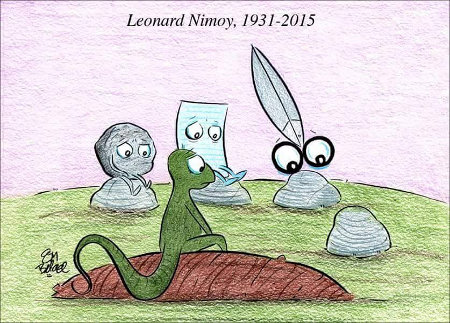 On the ever popular boardwalk in Seaside Heights, NJ Lucky Leo’s arcade, run by Thom “Tommy” Whalen, recently added a new target to their “Walkin Charlie” carnival game – President Obama whose effigy, joined the rogues gallery of targets rotating in the game.

Fairgoers Take Out Their Frustration On Obama And Others

Unsurprisingly this outraged Obama’s followers, the jabbering Black grievance mongers, and not of few other ne’er-do-wells that seem to have inordinate access to public forums.

But, of course, replacing the effigy of President Obama with ones of President Bush and Secretary of State Clinton – for a little while at least – was a perfectly acceptable solution; they’re both White after all and are for that reason among others seen as evil by the ethno-guiltist Obama cultists and other domestic enemies of America.

To be fair, Americans can’t really blame Mr. Whalen for making the change in targets. He did it Wednesday after a “visit” from the Secret Service and possibly at their “suggestion.” Folks on the Jersey Shore are fairly worldly and understand “Chicago style” suggestions after all and there was probably a certain fear of some of Obama’s constituency as well.

Since some of Obama’s supporters have no qualms about making their outrage “felt,” have the weaponry to do so, and the active protection of Obama’s Attorney General’s office to shield them from legal reprisals, I can understand Mr. Whalen’s capitulation. He does, after all, run a business that caters to families and children, both of which are classed as valid targets in Obama’s old hood of Roseland in Chicago’s South Side.

Of course I can remember things similar to this carnival game in the recent past, such as the plethora on flash games glorifying an actual assault upon President Bush by an Muslim terrorist sympathizer, Muntadar al-Zeidi.

One Of The Many Bush Shoe Throw Games

These were all seen as “good clean fun” and valid political satire and expression – and essentially they were, even though glorifying Islamic terrorism is to be frowned upon within human civilization.

Of course some Liberals weren’t satisfied with with fantasies of hitting President Bush with shoes. They preferred more graphic fun such as games in which the goal is to kill Bush in various graphic manners.

Again these were all seen as “good clean fun” and valid political satire and expression.

I admit that I don’t know if there were “live action” carnival games where people through shoes or other objects at an effigy of President Bush or where they shot at such effigies. Such things would not have been considered newsworthy by the Liberal MSM and not publicized, nor would the American people been outraged enough over such lampooning of a POTUS to make much an issue over it.

But that was then and things were perceived as being different.  Now we have America’s First Black President and he apparently needs to be dealt with differently and with far greater care for his “sensitivities” and for those of his followers. That’s a very sad thing that doesn’t bode well for the immediate future of America, but that is what happens when people base their voting upon candidate’s race instead of their ability.

One thing to recognize though in all its unpleasantness – even Obama’s own followers don’t these that he’s equal to the task of dealing with the unruly and tasteless side of our society as the forty-three “Old White Guys” who held the office before him had to do. They don’t believe – possibly rightly given Obama’s behavior – the content of his character is up to that challenge.

This entry was posted on Friday, August 13th, 2010 at 9:16 am and is filed under Politics. You can skip to the end and leave a response. Pinging is currently not allowed.