Liberals and Progressives love to equate faithful, American Christian with Muslim Jihadis. They repeatedly “ask” what’s the difference between the two groups. 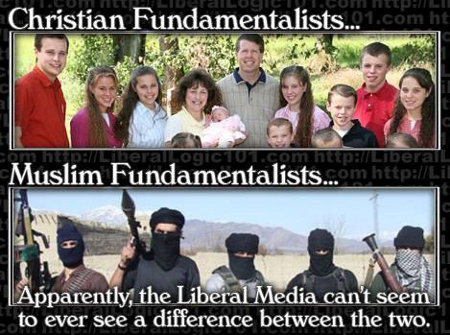 This entry was posted on Thursday, July 17th, 2014 at 9:23 am and is filed under Politics, Religion, Society. You can skip to the end and leave a response. Pinging is currently not allowed.