Cut His Nuts Off!

Jesse Jackson’s response to Sen. Barack Obama’s Father’s Day speech at at the Apostolic Church of God in Chicago was both stupid and brutish. Jackson made a rude and thuggish comment to a fellow guest at Obama’s speech, not realizing that the microphone he was wearing for an upcoming interview with FOX News was already on.

Jackson was apparently incensed by Sen. Obama’s call for Black men to take responsibility for the children that they sire. Jackson was angered enough by Obama’s desire for Black men to become involved in the lives of the children they breed to both forget he was wearing a FOX News microphone and to feel the need to threaten to castrate the Senator.

At first glance the situation and Jackson’s reaction seems fairly typical, stereotypical in point of fact. The elder generation of “Black Leaders” have a long history of denouncing and deriding anyone – especially any Black man – who speaks out on the issue of absentee Black fathers. Their “party line” has always been that Mother and Father being replaced by Baby Daddy and Baby Mama in the Black Community is solely or primarily the fault of Whites and racism. Bill Cosby and now Barack Obama have run afoul of people like Jackson whenever they admit that the irresponsibility of Black men is a major part of why 67% of Black children are born into single parent households.

If one looks a bit deeper into this though, it becomes plausible that Jesse Jackson was not just spewing the same vitriol as one would expect. Obama’s speech may have hit Jackson far too close to home. For Jackson the feeling of insult might have been entirely personal.

In the early weeks of 2001 the national press was reporting the scandalous details of Jackson’s long-term adulterous affair with Karin Stanford, a top aide working for his Chicago-based Rainbow Coalition, an affair that resulted in the birth of a daughter in 1998. Jesse Jackson then used his Rainbow Coalition’s funds to pay his mistress $35,000 to relocate her to Southern California and to provide her with continuing $3,000 a month in support. He also used $365,000 in funds from the Rainbow Coalition to purchase Stanford’s house.

By any reasonable accounting, this was a gross misuse of the funds of the Rainbow Coalition, which is a tax-exempt entity bound by strict rules governing dispersement of it funds. Yet, the Rainbow Coalition not only didn’t complain about spending this money on Jackson’s mistress and bastard daughter but actually signed off on it with their official approval. The larger organization willingly chose to overlook Jackson’s behavior and shield him as best as they could from the consequences of his transgressions.

Yeah…I think Jackson’s anger was quite personal. Any admonitions about taking personal responsibility for your misdeeds and the children they engender is going to hit far too close to home for Jackson’s comfort.

This entry was posted on Thursday, July 17th, 2008 at 12:26 pm and is filed under 2008 Election, Society. You can skip to the end and leave a response. Pinging is currently not allowed. 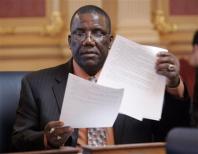 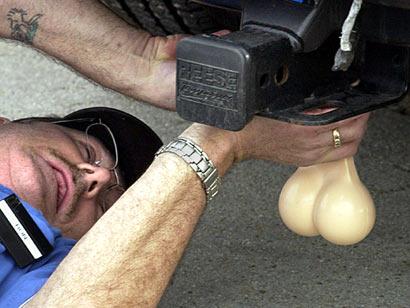