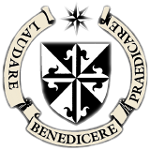 That about sums that one up. The Dominicans ensured that the Catholic church’s “catharsis” was complete. The Jesuits, on the other hand, weren’t nearly so effective. 😆

This entry was posted on Sunday, January 22nd, 2012 at 1:36 pm and is filed under Humor, Religion. You can skip to the end and leave a response. Pinging is currently not allowed.