A little humor for the morning:

I thought I saw an eye doctor on an Alaskan island, but it turned out to be an optical Aleutian.

This entry was posted on Wednesday, May 9th, 2012 at 7:08 am and is filed under Humor. You can skip to the end and leave a response. Pinging is currently not allowed. 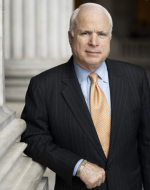 This entry was posted on Wednesday, August 27th, 2008 at 2:17 pm and is filed under 2008 Election. You can skip to the end and leave a response. Pinging is currently not allowed.