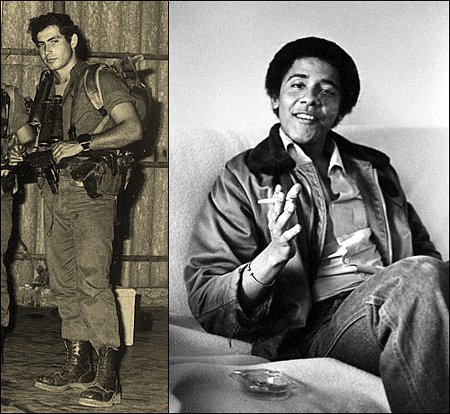 END_OF_DOCUMENT_TOKEN_TO_BE_REPLACED

The phrase, “military options have been on the table and remain on the table,” or any variant thereof have long been considered by many as “code speak” for such “options” being in fact the course of action that would be undertaken to resolve a conflict. This is an assumption that is not truly warranted, especially in this modern age of instant information and data dissemination.

So when President Obama’s Chairman of the Joints Chiefs, Admiral Mike Mullen says that the US military has plans for carrying out military operations against Iran if that rogue Muslim state doesn’t desist in its efforts to develop nuclear weapons little, if anything, should be read into the statement.

As reported by AP’s Security desk in Washington, DC:

The U.S. military has a plan to attack Iran, the chairman of the Joint Chiefs of Staff said Sunday, although he thinks a military strike is probably a bad idea.

Not long after Adm. Mike Mullen’s aired on a Sunday talk show, the deputy chief of Iran’s Revolutionary Guard was quoted as saying there would be a strong Iranian response should the U.S. take military action against his country.

Mullen, the highest ranking U.S. military officer, often has warned that a strike on Iran would have serious and unpredictable ripple effects around the Middle East. At the same time, Mullen said the risk of Iran’s developing a nuclear weapon is unacceptable, although he would not say which risk he thinks is worse.

“I think the military options have been on the table and remain on the table,” Mullen said on “Meet the Press” on NBC. “It’s one of the options that the president has. Again, I hope we don’t get to that, but it’s an important option and it’s one that’s well understood.”

Does anyone truly think that President Obama will attack Iran? Even if he were to be presented with incontrovertible facts that Khamenei and Ahmadinejad were developing – or had already developed – nuclear weaponry it is beyond unlikely that he would respond with other than words and, perhaps, a few more ineffectual sanctions requests.

This is just the US Military stating that they have this unlikely contingency covered and have a plan for executing such an order if given by President Obama or the US Congress. It means nothing in the course of events.

H/T to EJCNN for this article.

This entry was posted on Monday, August 2nd, 2010 at 12:48 pm and is filed under Politics. You can skip to the end and leave a response. Pinging is currently not allowed.

Most people in the Civilized World have been shocked and confused by the puppet ruler of Iran, Mahmoud Ahmadinejad’s repeated public claims that the Holocaust never happened. Fortunately we now have enough evidence to put forth a theory on the matter.

Ahmadinejad’s New Beer Goggles Let Him Not See The Holocaust

I wonder though if Ahmadinejad’s new goggles let him see a future where Iran isn’t a blackened and shattered wasteland and the ragged, pathetic, and diseased remnants of its people aren’t scattered around refugee camps living off the largess of other nations.

This entry was posted on Saturday, April 10th, 2010 at 7:40 am and is filed under Humor, Politics. You can skip to the end and leave a response. Pinging is currently not allowed.