I bet you never knew that “Merry Christmas” was a battle cry and a verbal threat that strikes fear into what passes for the hearts of Liberals and Progressives. It is though these days. 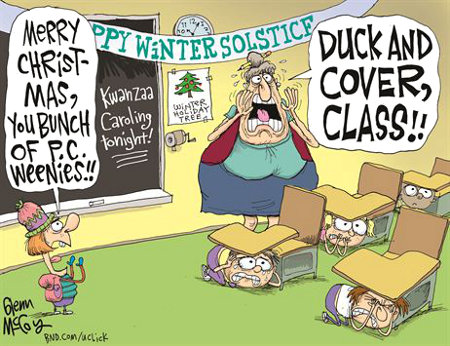 The Liberals and Progressives have allied themselves with- and filled their ranks with the Godless. And in recent years have been waging a war on Christmas and on Christianity in general, the normative religion of Americans and the one, singular religion that they fear and hate more than any other. And nowhere’s is their war more stringently and virulently prosecuted than in America’s schools.

Conversely, they’ll teach Muslim holidays along with the occasional Hindu one and they don’t, as of yet, even understand the Pagan ones, so this is a problem for the Christians to correct.

So, if your child does say, “Merry Christmas,” he or she will be treated as someone who is threatening their class. And, in the minds of the Godless Left, they are doing so. 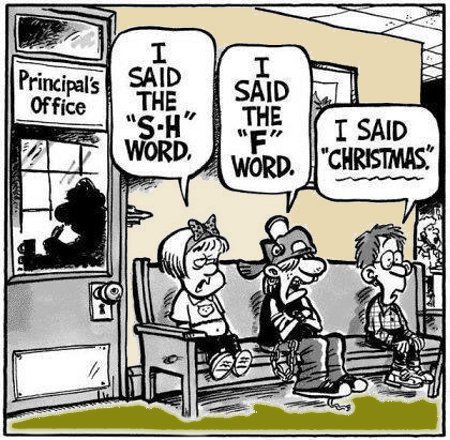 There Are Many Levels Of Martyrdom

So, whether your child chooses to make a declarative stand for religious freedom or they just innocently express their joy of the season, you can expect them to be martyred for it.

This entry was posted on Saturday, December 14th, 2013 at 1:03 pm and is filed under Politics, Religion, Society. You can skip to the end and leave a response. Pinging is currently not allowed.