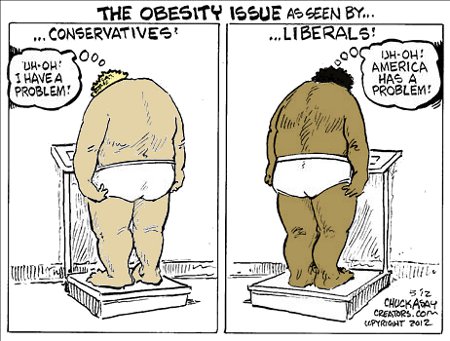 When an American decides that something in someone else’s life is wrong – their weight in this example – he or she says, “Damn! They’ve got a problem and they should probably do something about that.“  The American may then offer to help or may not, dependent upon a variety of factors.

This entry was posted on Friday, June 22nd, 2012 at 8:35 am and is filed under Food & Drink, Politics, Society. You can leave a response, or trackback from your own site.