One thing about Obama – they boy does like to control the message and to make sure that his, his coterie’s, and supporters are the only voices heard by the majority of people. 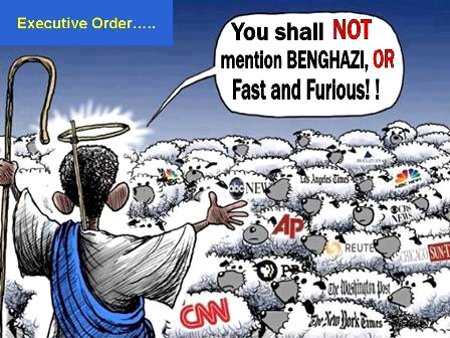 Leading The Flock To Shearing & Slaughter
Obama – The Bad Shepherd

Fortunately for the false god of the Liberals and Progressives but equally sadly for Americans, Obama has a large and compliant flock in the form of the Lamestream Media. They’re seemingly always ready and eager to bleat, “Obaaaaaaaaaaama!” and are foolish enough to fear the sting of his crook more than the shearing and slaughter the bad shepherd is leading them towards.

This entry was posted on Tuesday, February 26th, 2013 at 10:52 am and is filed under Politics. You can leave a response, or trackback from your own site.