She Finally Read It

With the utter and growing disaster that ObamaCare has been proven to be, many Democrats are now scrambling to reposition themselves on the issue, preferable by denying and distancing themselves from their previous positions in favor of the federal government’s quasi-takeover of America’s healthcare industry. 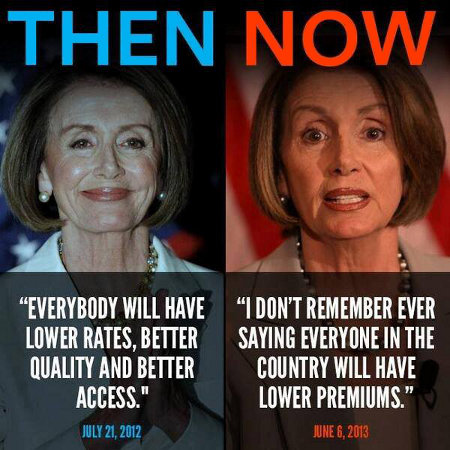 San Francisco’s aging and politically battered fag hag, Nancy Pelosi seems to have finally had someone read her the text of ObamaCare and now knows what’s in it. She doesn’t seem any happier about it and the damage its already causing than Americans are. 😉

This entry was posted on Wednesday, November 27th, 2013 at 9:29 am and is filed under Humor, Politics. You can skip to the end and leave a response. Pinging is currently not allowed.