In truth, watching and reading about the still-ongoing with no end in sight racial protests, rioting, looting, and general (un)civil unrest in Ferguson, MO is a lot like watching some Dystopian reprise of the Ziegfeld Follies. It certainly has all the pageant and all the lack of meaning or plot that the Follies always had. 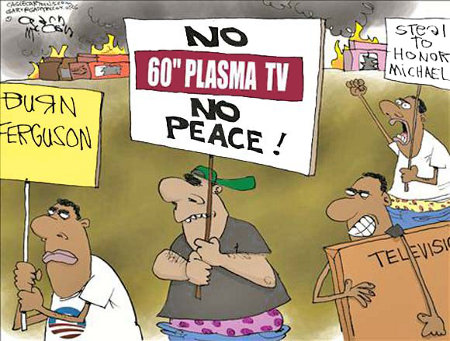 The Shit Show That Is The Ferguson “Protests”

The Fergusonian Follies certainly have a dark, gritty reboot of the variety acts that were central to the extravaganzas were conceived and mounted by Florenz Ziegfeld. Nowhere will you find a better a darkside minstrel show than in Al Sharpton’s and Jesse Jackson performances…and they don’t even need blackface. 😆

And that’s just the players – or is it “Playa’s” – at the local level. You can’t and should forget the guest star, Eric Holder aka Raceman and his backup cast of “Peacekeepers” who’ve been dispatch by Obama to Missouri to ensure that Darren Wilson is indicted, tried, and convicted on some set of charges or another and that similar reprisals are levied against the state and local police forces who’ve been trying to contain the damage from the protracted race riot. 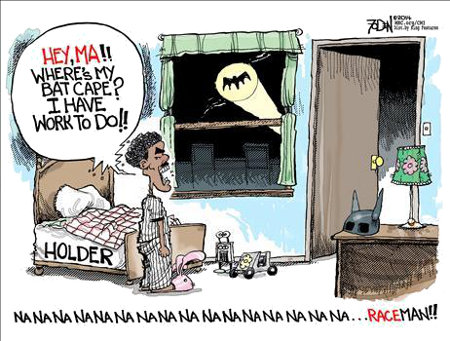 You can almost hear Holder chuckling and saying, “Everyone expects the Kenyan Inquisition.”

But hey! It’s sort of interesting that reality TV has grown to point that it can produce such grandiose, Ziegfeldian production numbers. 😉

This entry was posted on Thursday, August 21st, 2014 at 7:57 am and is filed under Humor, Politics, Society. You can leave a response, or trackback from your own site.