So, about a week late under the law, Obama has submitted his 2013 budget to Congress. It is, as was expected, nothing but a taxpayer-funded sheaf of empty campaign rhetoric and lies based upon pandering to Leftist populism and class warfare. 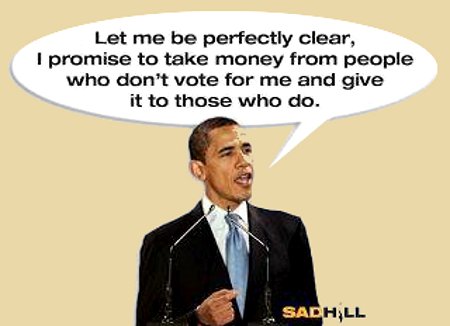 Unlike a lot of other people I’m not going to bother dissecting Obama’s budget because I’m not going waste my time pretending that it is anything but more useless jabbering from the Campaigner-in-Chief.

Senate Majority Leader, Harry Reid (D-NV) has indicated he does not plan to send Obama’s 2013 budget, or any budget, to the floor for a vote, claiming that the summer’s Budget Control Act includes funding for the next two years of government operation.

We do not need to bring a budget to the floor this year — it’s done, we don’t need to do it.

Really! What’s the point of stretching out Obama’s “free advertising” by treating his “budget proposal” as if it held any meaning? I, for one, do not choose to lend such aid and comfort to America’s enemies.

This entry was posted on Tuesday, February 14th, 2012 at 7:10 pm and is filed under 2012 Election. You can skip to the end and leave a response. Pinging is currently not allowed.