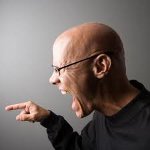 In their eyes Americans are “terrorists,” “extremists” and “hostage takers” and Obama is “weak,” “indecisive,” and a “turncoat.”

Essentially these domestic enemies hate Americans because Americans stood up for their principles and core values, did as they swore to do despite personal risk, and refused to gracefully capitulate on matters of national importance. Yet at the same time these Liberals and Progressives loath Obama for not doing so.

It’s all too easy to chalk it up to the normal and, by this point, dismissible Liberal hypocrisy. For the Leftists’ rank and file though this might be an erroneous conclusion.

While the people behind them and the politicians working for them are likely being cynically hypocritical, it’s quite possible that the Liberals’ myrmidons actually do have such a cognitive disconnect that they can’t even see the ridiculousness of their juxtaposed positions.

This entry was posted on Thursday, August 4th, 2011 at 12:18 pm and is filed under Ethics & Morality, Politics. You can skip to the end and leave a response. Pinging is currently not allowed.

4 Responses to “A Liberal Disconnect”