Obama and the Liberals in Congress said a lot things about ObamaCare. They made a lot of promises about how it would be good for both people and the nation’s economy. 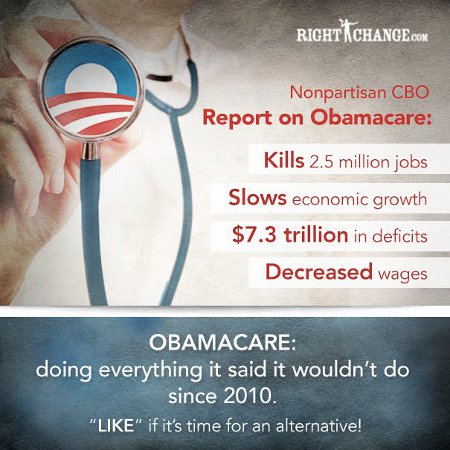 It’s really shame that all that jabbering was nothing but lies. The truth is that ObamaCare is not only unhealthy for people, it’s unhealthy for the economy as well.

This entry was posted on Wednesday, February 5th, 2014 at 12:45 pm and is filed under Politics. You can leave a response, or trackback from your own site.

4 Responses to “The Unhealthy Truth”