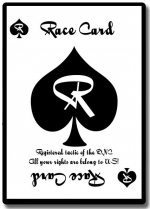 The House Oversight Committee, led by Rep. Darrell Issa (R-CA),  is expected to file a contempt of Congress lawsuit against Attorney General, Eric Holder today – Monday, August 13, 2012, over his ongoing refusal to provide Congress with the details of Fast and Furious, in which Holder murdered a US law enforcement officer and hundreds of Mexican nationals.

This was the second and more important part of the process, since everyone knew that Holder would never be prosecuted while Obama was still fouling the White House.

The Liberals, Progressives, and the minority tenants have, as had to be expected, instantly played the race card in the hopes that they can convince people that spades are still trump.

There are two things to note about America’s domestic enemies’ predictable reaction: it is, like almost all cries of “racism” the first, last, and only resort of those creatures with no real argument in their favor and; when you distill their cries down to their pure essence, they are nothing but the simple statement that Blacks cannot be held to the same standards as Whites.

This entry was posted on Monday, August 13th, 2012 at 9:58 am and is filed under Politics. You can leave a response, or trackback from your own site.

2 Responses to “So Much Contempt”