Relatively soon the SCOTUS will render it’s opinion on the constitutionality of Obamacare’s individual mandate and, since the law includes no means for severing it’s component parts, the legality and continuance of Obamacare as a whole. 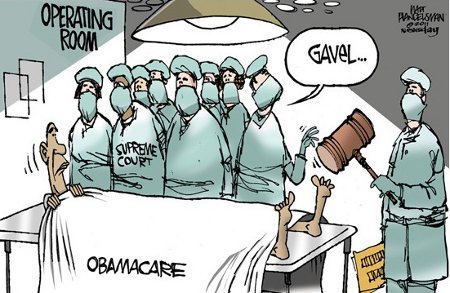 Sometimes To Save The Body Diseased Parts Must Be Excised

The prognosis for Obama’s “signature achievement” is fairly grim. Worse for him and his Liberals, the SCOTUS are not often surgically precise and the gavel is a hammer, not a scalpel. 😉

Given the current poor health of Obamacare and Obama’s presidency in general, one has to begin to wonder if Obama has filed a DNR notice – Do Not Reelect. 😆

This entry was posted on Thursday, December 8th, 2011 at 11:42 am and is filed under Humor, Politics. You can leave a response, or trackback from your own site.