We all believe in the value and rightness of keeping schools safe. It’s just that Americans and Liberals virulently disagree on how to do this. Americans don’t understand or approve of the Leftists’ policies towards firearms and thing that vaguely resemble firearms.

It’s pointless to list the many, many, many instances of the Liberal run school system punishing children for things that very vaguely resembled firearms or other weapons. The list of their offences is just too long to be provided here.

But let’s take Liberals’ “logic” to the next step… 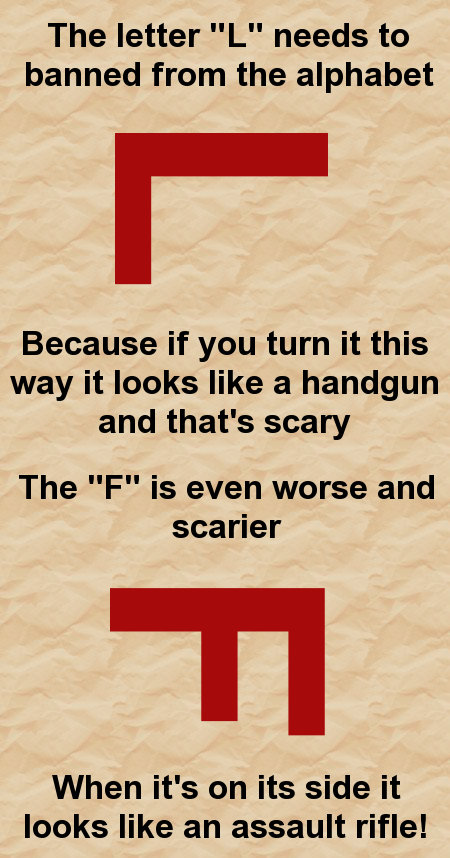 The only reason this isn’t side-splitting, belly-laughing funny is that it’s no more extreme and no more stupid than what the Liberals running American schools are already doing.

This entry was posted on Thursday, November 21st, 2013 at 10:57 am and is filed under Humor, Politics, Society. You can skip to the end and leave a response. Pinging is currently not allowed.