Recently the Obama Campaign Establishment released the 17-minute “mockumentary” lauding Obama, “The Road We’ve Traveled.” At a cost of a mere $345,000, it is a wonderfully self-serving fantasy designed to con people into giving their boy another chance. 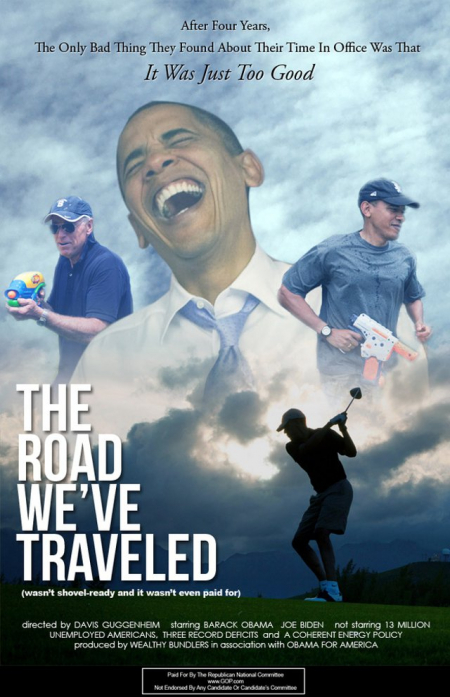 Admittedly, that suggested poster took a lot of work. It’s not easy to do that sort of commercial art while simultaneously reigning in your disgust and holding down your lunch – disgust and nausea being the most common American reaction to Left’s Magic Negro. 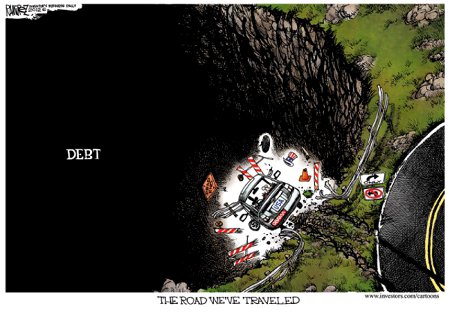 Early attempts were discarded, such as the concept art above, due to their having too much accuracy and not enough positive tone, two mutually exclusive things when discussing Obama’s tenure and “achievements.”

But, all of the above aside, once again the boy is “historical.” He’s the first POTUS to ever to cast the last shreds of passes for his dignity aside and make a short film like this to reinforce his own vision of his worth and to, he and his handlers hope, help him keep his job.

Given Obama’s limited abilities, this should be considered “par for the course” for him and his handlers though. He and they do, however, need a stern reminder that he can’t take a Mulligan because America won’t easily survive his expected “Finnegan.”

This entry was posted on Sunday, March 25th, 2012 at 8:21 am and is filed under 2012 Election, Humor, Politics. You can skip to the end and leave a response. Pinging is currently not allowed.