You got to give Obama credit for fully embracing Social Media and giving his zombie cultists the illusion that they’re involved in his and his handlers’ regime in a manner more substantial than just livestock being harvested for votes and support. Their latest ploy using Twitter, #IlikeObamaCare is an example of this.

They got a pretty good response from their base too, some of which were cherry-picked to be on the boy’s campaign website since they showcased what Obama and his handlers want people to believe. That’s a stunning bit of campaigning, especially since essentially nobody – certainly not the Congress that voted for it – knows what all ObamaCare contains, demands, and entails.

But, given the Law of Unintended Consequences and the nature of any and all government interventions into the private sector, I’m thinking that, in the unlikely event that the SCOTUS doesn’t declare ObamaCare unconstitutional, the  future will have and different “hashtag.” 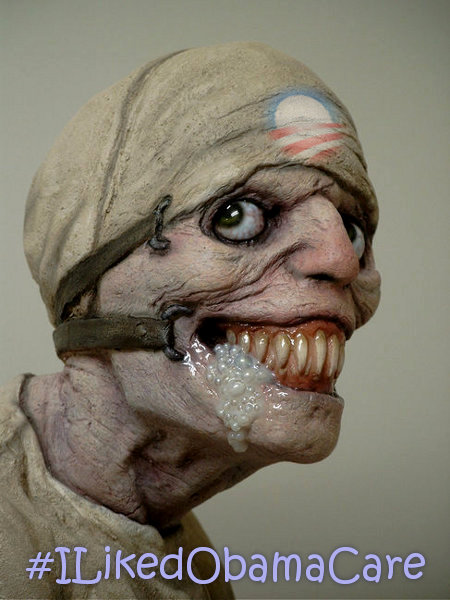 The ever delusionally hopeful Left and their minority tenants don’t wish to- and certainly refuse to hear it, but any program, public or private, predicated upon the antithetical premises of giving something to anyone and reducing overall costs, is doomed to reaching a negative result. In the case of healthcare or health insurance this necessarily means a reduction in the levels and quality of care, especially among young children, the aged, and those will chronic disabilities.

Of course, none of this will happen until long after Obama is no longer in office and probably not until after he and his family have fled the remains of the country, so he might actually get a chuckle reading the tweets with the #ILikedObamaCare hastag.

This entry was posted on Sunday, March 25th, 2012 at 10:58 am and is filed under Humor, Politics. You can leave a response, or trackback from your own site.