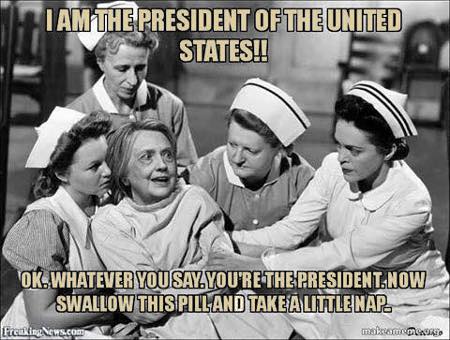 Yeah, I’d imagine that old Hillary is going away for a while for a bit of a rest now that Donald Trump has been inaugurated as the 45th POTUS.

This entry was posted on Sunday, January 22nd, 2017 at 7:06 am and is filed under 2016 Election, Humor, Politics. You can leave a response, or trackback from your own site.

One Response to “Hillary’s Rest Cure”