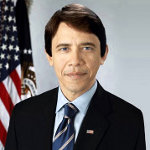 So, has Obama screwed up enough to be mulatto? HasÂ this half-breed finally lost his “Black Card?”

This entry was posted on Sunday, January 5th, 2014 at 12:41 pm and is filed under Humor, Politics, Society. You can skip to the end and leave a response. Pinging is currently not allowed.