Periodically Obama whines about Fox News and the other Newscorp outlets. Beyond annoying, it also has a familiar right to it that Greg Gutfeld finally made clear. 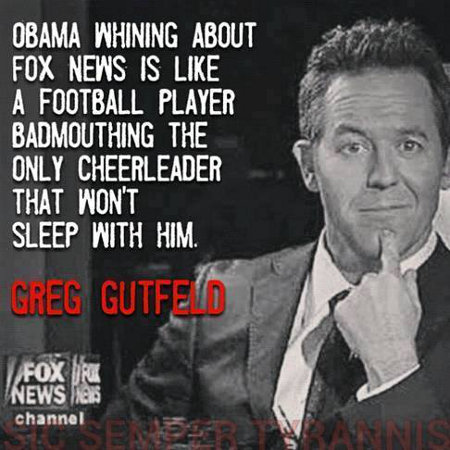 Obama really is metaphorically that football player whining about the only cheerleader that won’t sleep with him. You know, the same one that later claims that “she wanted it,” after he rapes her…

This entry was posted on Wednesday, January 22nd, 2014 at 12:29 pm and is filed under Humor, Politics. You can skip to the end and leave a response. Pinging is currently not allowed.