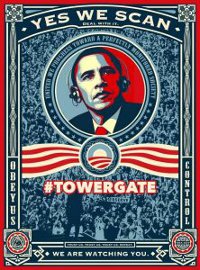 So during the 2016 elections the FBI did conduct surveillance of Trump’s assets in Trump Towers, i.e., they did wiretap him, though this may have been limited to electronic communications and did not included telephony, which i what most of people still think of when wiretapping is brought up.Â  So, for the purposes of the truth and culpability, it comes down to the Clintonian question of what words and phrases mean, a particularly form of verbal tap-dancing that Obama has always been quite skilled at.

This entry was posted on Monday, March 6th, 2017 at 7:59 am and is filed under 2016 Election, Politics. You can skip to the end and leave a response. Pinging is currently not allowed.