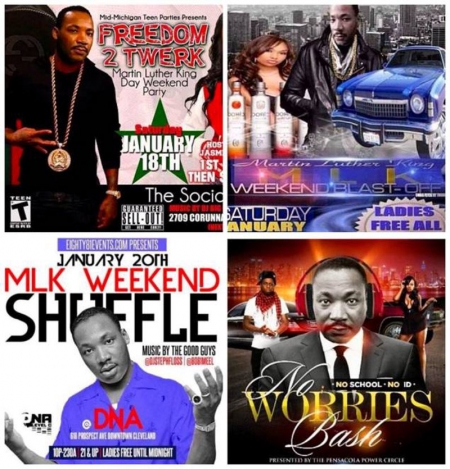 Yes, you know what I am referring to. I am referring to the party fliers that have been seen across Facebook advertising whatever event that is going to take place. And I am afraid to note that this hasn’t been a onetime occurrence. This has happened numerous times for the past few years. And to think, there are people out there that actually feels that this is something appropriate or functionally acceptable.

This entry was posted on Monday, January 20th, 2014 at 2:21 pm and is filed under Society. You can leave a response, or trackback from your own site.