The President of the United States of America is often referred to as the Leader of the Free World. The POTUS is also generally considered, rightly or wrongly, as the first, best guardian of America and the rest of the Civilized World.

With Obama as the current resident of the White House this isn’t working very well. He’s too blinded by his worldview to serve as anyone’s guardian, especially America’s during this protracted war of terrorism that the Islamist vermin are waging against us. 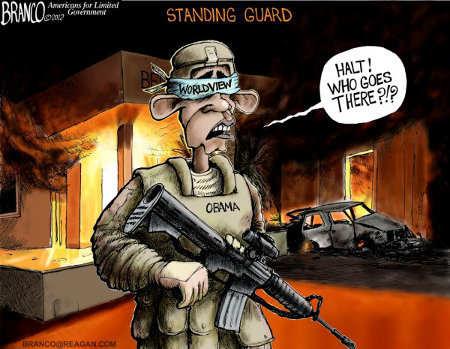 Our Blind Guardian – Armed But Unready And Incapable

Obama just can’t do it. He’s psychologically and ideologically incapable of- and incompetent to defend America against Muslim terrorism and/or aggression. His support and fondness for Muslims and Islam, a core component of his world view, prevents him from approaching foreign policy and national security in a rational and objective manner. 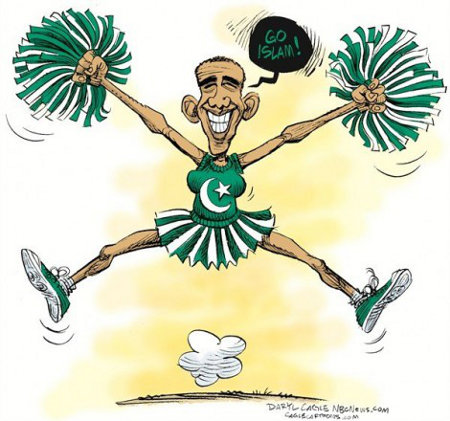 Face it, Obama consistently praises Islam and even more consistently apologizes to them when they attack us and murder our citizens. Time and time again the boy has spoken and behaved as if he was attempting to protect them from us instead of the right way around for a POTUS to think, speak, and behave.

This entry was posted on Wednesday, October 17th, 2012 at 8:09 am and is filed under Politics, Religion. You can leave a response, or trackback from your own site.