A vast majority of Americans find understanding Obama, especially his domestic economic policies overwhelmingly difficult to do. The boy’s attempts at engineering the America economy just don’t make any sense to most Americans. 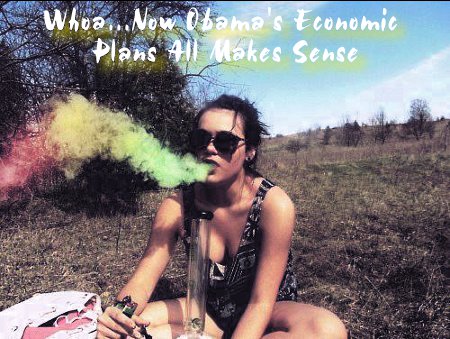 It’s Not Really That Hard To Understand Obama

All it really takes though is to put aside everything that you’ve ever learned such as: American history, economics, common sense, ethics and basic morality, and the evidence brought to you by your unaltered sense. Just drop out and tune into the rainbow pipe dreams of First Black President.

Heavy and repeated use of strong drugs helps too. 😆

This entry was posted on Thursday, August 9th, 2012 at 9:59 am and is filed under Humor, Politics. You can leave a response, or trackback from your own site.