In the wake of the lamestream media’s concerted attack upon Herman Cain “Cain-ing” should become a tropism and “to be Cained” and “he got Cained” should definitely become part of America’s lexicon.

But the real question and the crux of issue at hand is why the lamestream MSM willfully chose to wage a war of character assassination against Herman Cain in the hopes of sandbagging his bid for the 2012 GOP presidental nomination? 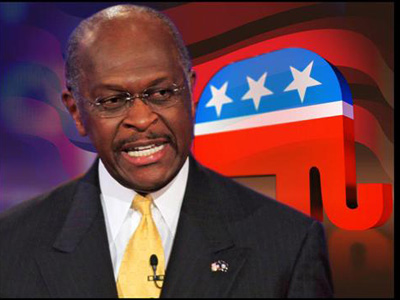 It would be easy to write off the media’s biased attacks upon Herman Cain as “just business.” Scandals, real or manufactured, make great headlines and in the short-term increase ratings which, in turn, increase the money that the media can command from advertisers. Yet, despite Occam’s wisdom, this is too easy of an answer and flawed because it is predicated upon shortsightedness on the MSM’ part. While simple, short-term profit is certainly a factor in their attacks upon Cain, I think it is an enabling factor rather than a causative one.

Similarly, it would be easy to just right off their attacks upon Herman Cain as just another sordid example of their anti-American, Liberal hypocrisy and prejudice. That too would be erroneous though. Their bias is also more of an enabling factor rather than a causative one because, when it comes down to it, they’ll choose their bottom line over what passes for their principles every single time.

No, I think the MSM has chosen to try to destroy Herman Cain’s campaign because they’re afraid of him and what a contest between him and Obama for the US presidency would entail and would mean for them. The last thing that the lamestream media wants is to have a Black on Black race, especially when one of the Black’s, Cain, is Black-of-Black and a self-made success, violating the paradigm they’ve promulgated for decades.

The very last thing that the lamestream media wants to have to deal with is a “purebred” southern Black raised in poverty who graduated from Historically Black Morehouse College running against their well-spoken half-breed who was raised in “White affluence” and granted what can only be described as elitist educational opportunities.

The lamestream media sold too much of what remained of their credibility portraying any all dissent to an Obama presidency – starting with the 2008 Democratic primaries and continuing unabated until Andrew Breitbart shut that down – to effectively deal with what would happen in a Cain v. Obama contest in 2012.

They certainly don’t want to be faced with the choice of either reporting upon or remaining silent upon the hideously racist and disgusting attacks from Liberals and Blacks – not to mention the dog-whistles from the Obama campaign – which Herman Cain undoubtedly would be subject to as the Republican presidential candidate.

If the Lamestream media publicized the various ensuing rants about “Oreos,” “Bootlickers,” “Sell-Outs,” “Tokens,” “Neo-Coons,” and “House Niggers” that are going to be insinuated by the Left and openly howled and jabbered by the “Black Community” they would alienate the vestiges of their viewers, crippling their already comparably meager marketshares.  They would also likely be punished with a loss of access by the Obama Regime for such a course of action.

If they choose not to antagonize the Liberals and their minority tenants who are the MSM’s customers and the Campaigner-in-Chief’s handlers they’ll be left with not having a wide breadth of election coverage insofar as juicy headlines and attention getting stories / non-stories are concerned and will later be derided and lampooned for their silence, further poisoning their already flagging brands.

Nobody and no business or industry ever wants to be in a situation where all choices are bad. Given this and that a Cain candidacy would be such a situation for the MSM, it’s easy to see why there’s been such a “Cain-ing.”

This entry was posted on Friday, December 2nd, 2011 at 12:39 pm and is filed under 2012 Election, Politics. You can skip to the end and leave a response. Pinging is currently not allowed.

One Response to “Why The Cain-ing?”