A Sigh Of Relief 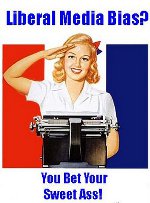 The lamestream media can breath a sigh of relief. Herman Cain announced Saturday, November 3, 2011 that he was suspending his campaign as a result of thier actions.

Now they won’t have to deal with the damage that a Cain v. Obama 2012 election would wreak upon them and can return to their comfort zone of race-baiting and attacking the “Old White Guy” while staying staunchly silent upon the First Black President’s many failures, lies, and Chicago-style campaign tactics.

This entry was posted on Sunday, December 4th, 2011 at 9:01 am and is filed under 2012 Election, Politics. You can skip to the end and leave a response. Pinging is currently not allowed.

In the wake of the lamestream media’s concerted attack upon Herman Cain “Cain-ing” should become a tropism and “to be Cained” and “he got Cained” should definitely become part of America’s lexicon.

But the real question and the crux of issue at hand is why the lamestream MSM willfully chose to wage a war of character assassination against Herman Cain in the hopes of sandbagging his bid for the 2012 GOP presidental nomination?

END_OF_DOCUMENT_TOKEN_TO_BE_REPLACED

This entry was posted on Friday, December 2nd, 2011 at 12:39 pm and is filed under 2012 Election, Politics. You can skip to the end and leave a response. Pinging is currently not allowed.