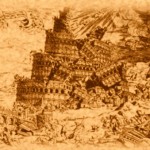 There is this odd and self-serving myth be perpetuated in American politics and society. It’s called the Democratic Coalition – a supposed army of Left-of-Center activists, agitators, and politicians unified under the banner of the Democratic Party in their purpose to weaken and destroy Conservatism and reshape America into a new nation adhering to a Liberal / Progressive ideology.

Sadly for these Leftists – but happily for America and Americans – this is a myth, a falsity based upon willful ignorance and delusion. There is no unity of purpose within the ranks of the Liberals.

The late columnist, Bill Vaughan summed it up very well; the very nature of the Left, inherently to-date counter cultural in outlook, prevents them from building a true coalition within their ranks. Even now, a little more than a year after achieving historically unprecedented power, they’re falling apart and beginning the descent into sectarian squabbling.

This is something that we should always remember and capitalize upon when and where we’re able.

This entry was posted on Friday, March 19th, 2010 at 10:16 am and is filed under Politics. You can skip to the end and leave a response. Pinging is currently not allowed.

7 Responses to “Myths Of Leftist Unity”