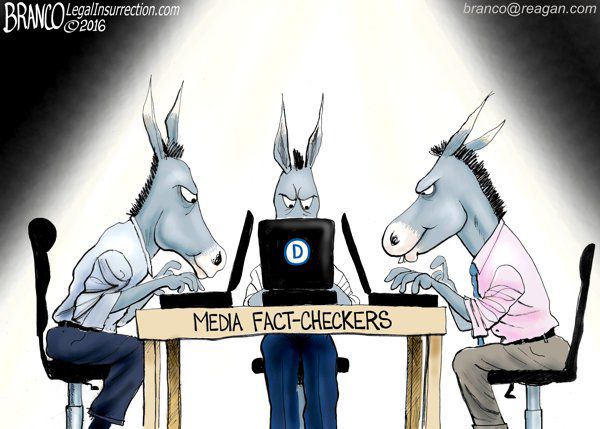 It’s a proven fact that the majority voters know that the media plays favorites when it comes to fact-checking candidates’ statements. It’s also understood that the media today is little more than a propaganda service for the Democrat party. Indeed a recent polls shows that just 29% of all likely US voters have any trust the media’s fact-checking of candidates’ comments. 62% believe instead that media skew the facts to help candidates they support.

This entry was posted on Tuesday, October 4th, 2016 at 7:59 am and is filed under 2016 Election, Politics. You can leave a response, or trackback from your own site.

One Response to “Media Fact-Checking”