As all Americans know, Identity Politics are foundational to Obama and his regime. Indeed, without the racial presentation of Identity Politics, Obama never would have been installed as POTUS or, in all likelihood, ever been admitted to the colleges he was graduated from. 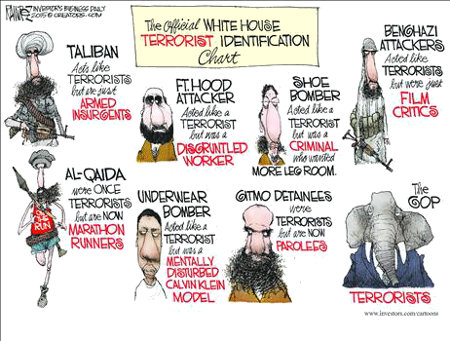 As such, it should come as no surprise that Obama’s White House is very particular about how they identify each of their enemies and the enemies of the American people. 😉

One must remember that there’s a lot in name. Ask any , , , , African-American Person of Color.

This entry was posted on Tuesday, February 3rd, 2015 at 1:30 pm and is filed under Humor, Politics. You can leave a response, or trackback from your own site.