It’s pretty easy to sum up Obama’s position on any form of dissent against what he wants. It’s even easier to sum up his and his cultists’ specific response to anyone that dares to defy his wish to attack Syria. 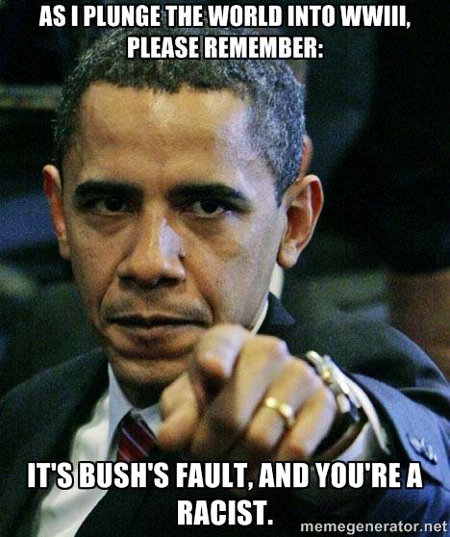 It’s Not My Fault And You’re All Racists!

I doubt, however, that if the boy once again gets his way that his Syrian adventure will plunge the world into WWIII. Putin doesn’t have enough respect for Obama to bother with that.

This entry was posted on Friday, September 6th, 2013 at 9:23 am and is filed under Humor, Politics. You can skip to the end and leave a response. Pinging is currently not allowed.