All living languages are constantly changing and evolving. Language and idiom are always in flux, with new words and terms being added almost daily. Since I try to keep up with these things, I thought I’d share a some words with you, my fine readers. 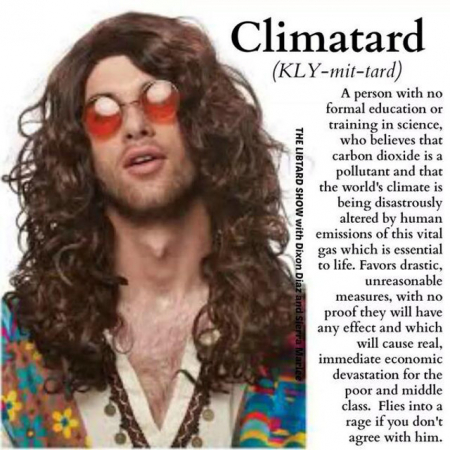 “Climatard” is new but is most definitely a word that should see heavy use since its inclusion in the lexicon.

Now, your first exercise is as follows:

You may use the comments to provide your answers. 😆

This entry was posted on Thursday, June 12th, 2014 at 10:34 am and is filed under Humor, Politics. You can skip to the end and leave a response. Pinging is currently not allowed.

5 Responses to “Climatard – A Definition”