When one is attempting to do something that is beyond or outside of one’s ability to do, the responsible individual ask for- and listens to the opinions of the relevant Subject Matter Experts (SMEs). Sadly, President Obama and his Liberal Democrats either foolishly think they’re competent to draft a Stimulus package, or have an agenda that has little or nothing to do with stimulating the American economy. 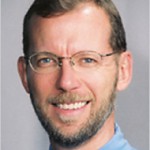 When the Congressional Budget Office (CBO), the agency charged with reporting economic data to Congress as well as commenting on budget proposals, files a report that describes the proposed economic stimulus legislation as being both irretrievably flawed and counterproductive to improving the US economy responsible an wise politicians and rethink what they’re attempting to do for – or to – America.

From the CBO’s Director, Douglas W. Elmendorf’s own blog:

Those estimated effects are slightly greater than those of H.R. 1 (as introduced) in 2009 and 2010 (particularly in 2009), but lower in 2011, because more of the overall rise in spending and fall in revenues occurs in the first two years under the Senate legislation.

Most of the budgetary effects of the Senate legislation would occur over the next few years. Even if the fiscal stimulus persisted, however, the short-run effects on output that operate by increasing demand for goods and services would eventually fade away. In the long run, the economy produces close to its potential output on average, and that potential level is determined by the stock of productive capital, the supply of labor, and productivity. Short-run stimulative policies can affect long-run output by influencing those three factors, although such effects would generally be smaller than the short-run impact of those policies on demand.

In contrast to its positive near-term macroeconomic effects, the Senate legislation would reduce output slightly in the long run, CBO estimates, as would other similar proposals. The principal channel for this effect is that the legislation would result in an increase in government debt.  To the extent that people hold their wealth in the form of government bonds rather than in a form that can be used to finance private investment, the increased government debt would tend to “crowd out” private investment—thus reducing the stock of private capital and the long-term potential output of the economy.

The negative effect of crowding out could be offset somewhat by a positive long-term effect on the economy of some provsions—such as funding for infrastructure spending, education programs, and investment incentives, which might increase economic output in the long run. CBO estimated that such provisions account for roughly one-quarter of the legislation’s budgetary cost. Including the effects of both crowding out of private investment (which would reduce output in the long run) and possibly productive government investment (which could increase output), CBO estimates that by 2019 the Senate legislation would reduce GDP by 0.1 percent to 0.3 percent on net.

I think it safe to say that America can be assured that President Obama and Senate Democrats will either completely ignore that CBO Director’s warning, or flat-out deny it’s relevance or accuracy. I don’t believe that these Liberals are interested stimulating the American economy as much as they’re interested in funding various Liberal causes and sneaking Obama’s agenda through Congress without proper review and voting.

This entry was posted on Sunday, February 8th, 2009 at 10:11 am and is filed under Politics. You can skip to the end and leave a response. Pinging is currently not allowed.

4 Responses to “CBO on BHO’s Stimulus”