There are a lot of people on the Left who reside within America who demand that we negotiate with Iran. Would someone care to explain to me why America should lower itself to talk with a government who does this: 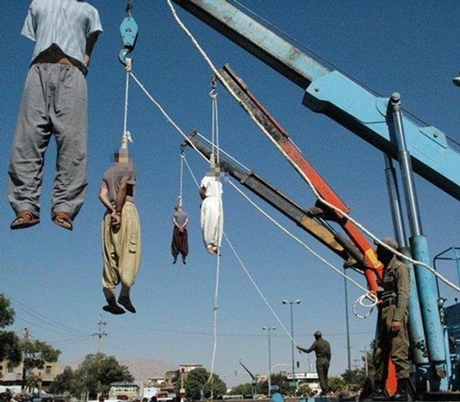 Strangely the same group of people who want America to negotiate with a government who does this as a normal course of business under Shari’a law heaps derision upon Israel for defending itself against Hamas.

Sort of makes a thinking person wonder where their loyalties lie…

This entry was posted on Monday, February 9th, 2009 at 9:26 pm and is filed under Politics, Society. You can skip to the end and leave a response. Pinging is currently not allowed.

16 Responses to “Negotiating With Iran”