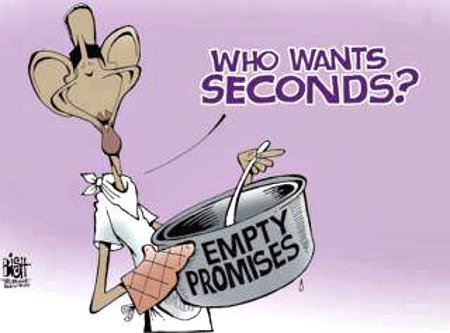 That’s what it comes down to; does anyone want a second helping of the poisonous pottage that Obama’s been serving up?

I can’t see where anyone except the suicidally depressed would want to choked down any more of what the useless, little boy has cooked up. Then, I wouldn’t trust the pathetic fool with an Easy Bake Oven

, much less nation – except, possibly, one of the Sub-Saharan Africa pseudo-states where he could do little meaningful harm.

Face it, the boy couldn’t even make a shit sandwich without what passes for his better telling him ho to do so!