Remember when defending freedom, liberty, and America with heart, mind, voice, and, if needs be, blood was considered a good thing? Are you old enough that the schools still taught that America was based upon the ideas of personal liberty and personal responsibility and that it was each of our duties to defend those principles? 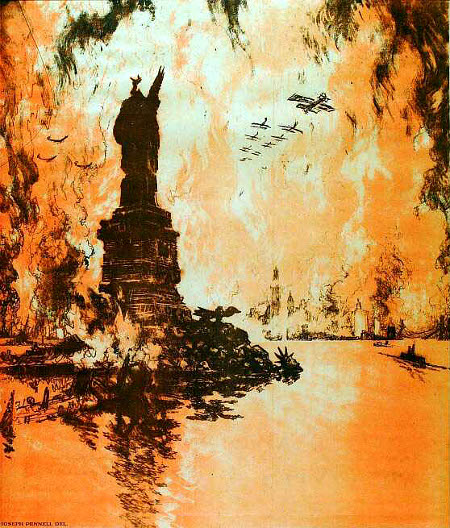 That Liberty Shall Not Perish From The Earth

Those days are over, dead and gone, sunk into the long night because we Americans didn’t have the will to face what we had allowed to happen. Now we Americans are called an angry, racist mob. That is how the Liberals brand us for dissenting from President Obama’s agenda for “rebuilding America.”

But the words of Obama and his Liberals are, while strident and derisive, lacking in truth or meaning. Those words, the mouthings of small men bent on bringing all down to their level, lack the resonance of simply delivered truths.

Freedom is never more than one generation away from extinction. We didn’t pass it to our children in the bloodstream. It must be fought for, protected, and handed on for them to do the same, or one day we will spend our sunset years telling our children and our children’s children what it was once like in the United States where men were free.

So, my fellow Americans, we must remember the warning from President Reagan and hardened hearts and toughen our skins against the cries and insults of the Liberals. Do not trouble yourselves to listen to their screeds save to take pride in the fear you have struck within their black hearts.

We face what is truly an existential threat to America; the misborn mongrel rape-child of a nation that our enemies wish to spawn will not be America – though we will be able to recognize it as yet another shadow of the failed states we previously defeated.

In this war for our children and our children’s children’s future freedom words are the weapons that will carry the day – and may we all hope and pray to our Gods that it will stay that way, even as we, perforce, ready ourselves for the sad chance that it won’t. Wield them well and truly and steady yourself yourselves to shrug off the words of our enemies so that Liberty shall not perish from the Earth.

This entry was posted on Friday, August 7th, 2009 at 3:31 pm and is filed under Politics, Society. You can skip to the end and leave a response. Pinging is currently not allowed.

12 Responses to “Remember When?”